The Green Passage of Knowledge

Zwierzyniec is the area of major importance for the urban system of Bialystok. Composition of green areas makes it possible to stroll from the city centre right to the outskirts of town accompanied by greenery and interesting points – monuments, sports venues and university buildings. University of Bialystok Campus, designed by prof. Marek Budzyński with team, is also located here. The objective of the thesis is to create the architectural concept of the Bialystok University Library building, which is appropriate to the town context, as well as matching the urban context of the Campus and also respecting the principles of sustainable development.

The first stage of the project was the analysis of the Zwierzyniec context with its paths and axes. The Author analyzed the existing ideas connected to the site – The Garden of Four Universities, Project of Krywlany Airport, Urban Plan for the University of Bialystok Campus.  One of the paths goes through the library – it connects the BUT Campus and Krywlany Airport. This fact leads to the idea of the Library Gate, with its indoor street, which allows to go through the building.
The next step was to fit the library into the Campus context. The Author took building lines and scale into consideration, which was the result of analyzing the existing and future site plan. Another important issues: proposal for the location of student resident halls, plan for the plaza in front of library and completion of the Sun Circus.

The main idea of the project - the Library Gate - led to the specific architectural solutions. The library gateway, which is designed as an indoor street, concentrates the public functions available for the citizens of the town, library is located on the first floor. Passage leads to: art gallery, bookshop, café, multimedia room, conference hall. The shape of passage refers to the form of cathedral and is inspired by paths in Zwierzyniec. The skylight is buttressed by white posts in the shape of trees, the perspectives are opened to the nature. The street is covered in greenery, which makes it the Green Cathedral of Knowledge. Its appearance changes with time and seasons, which also characterizes the elevations of the building, covered with ivy. Different elevations share materials: white concrete, glass and greenery on metal mesh. Building is opened in the direction of student resident halls, with its mild slope. Numerous energy-saving solutions were introduced, which allow to minimize the negative environmental footprint.  Author’s intention was to make architecture an energy-producing ‘machine’ - solar glass for the south façade, windows and skylight above the indoor street. The building increases the ecological awareness, which is realized by observation of the systems and installations. The author put together the contemporary ideas of hybrid library and the location’s advantages which led to the design of library as the Garden of Knowledge – uniting the worlds of Human and Nature. 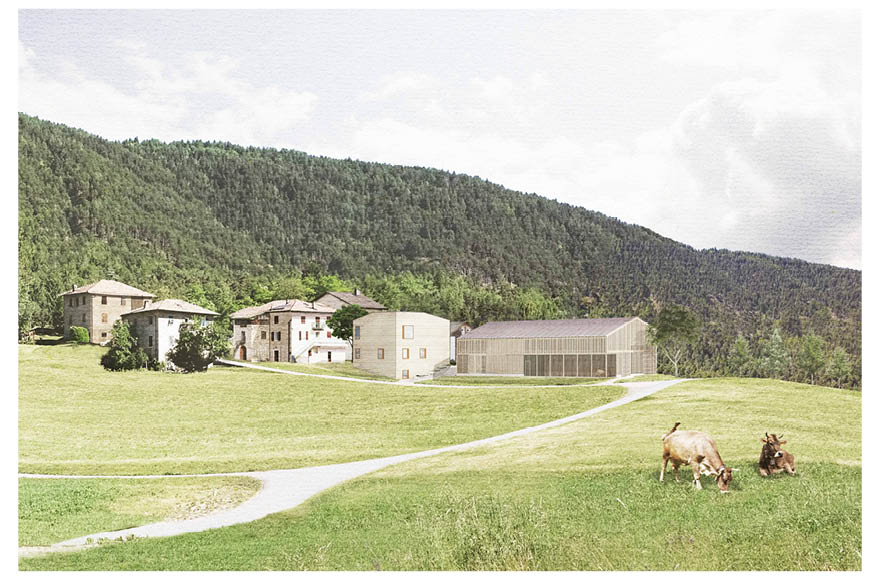 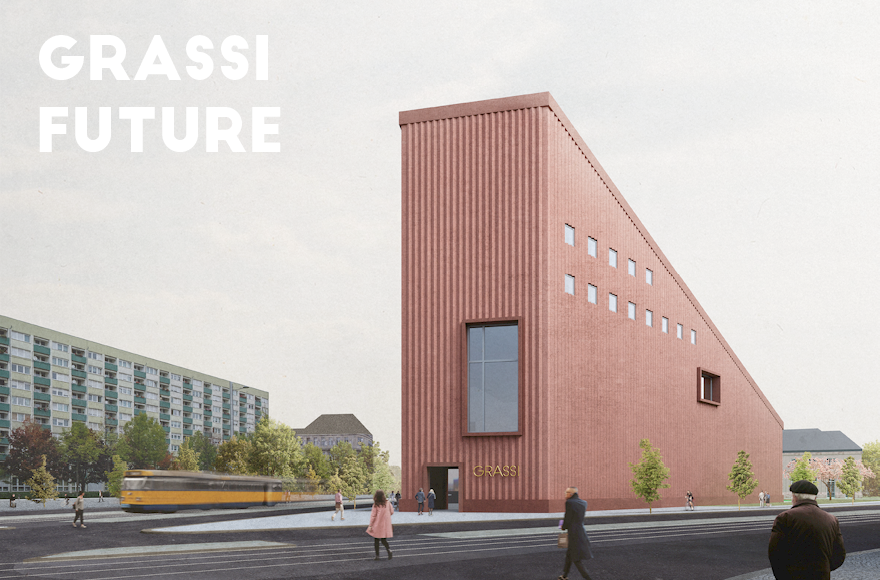 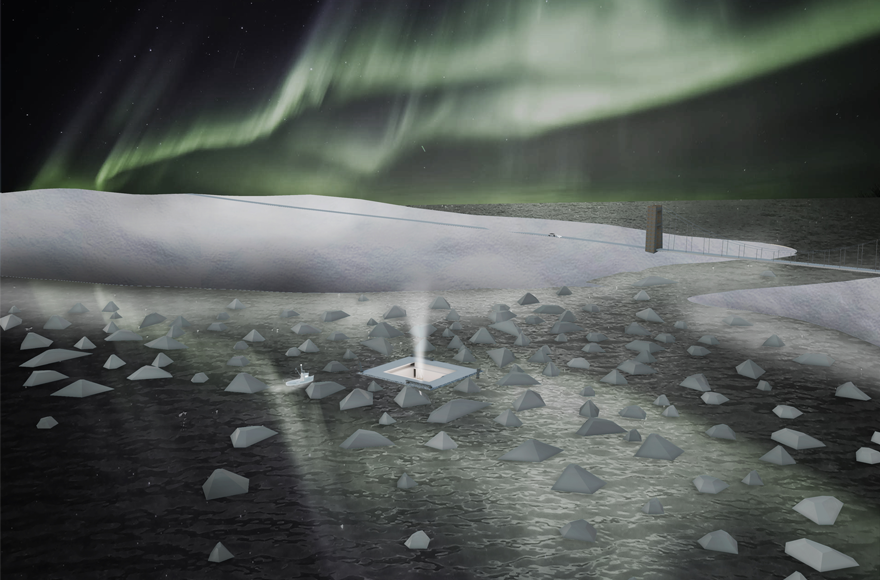 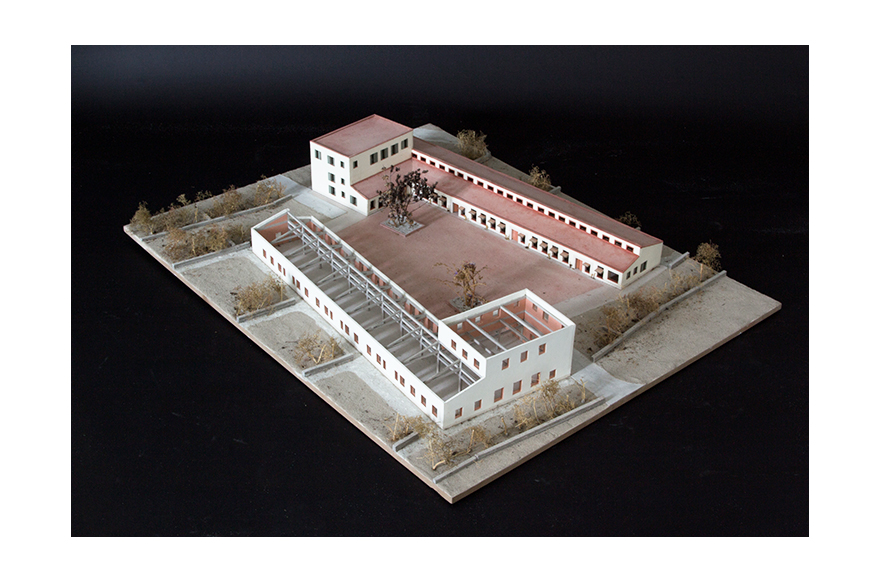 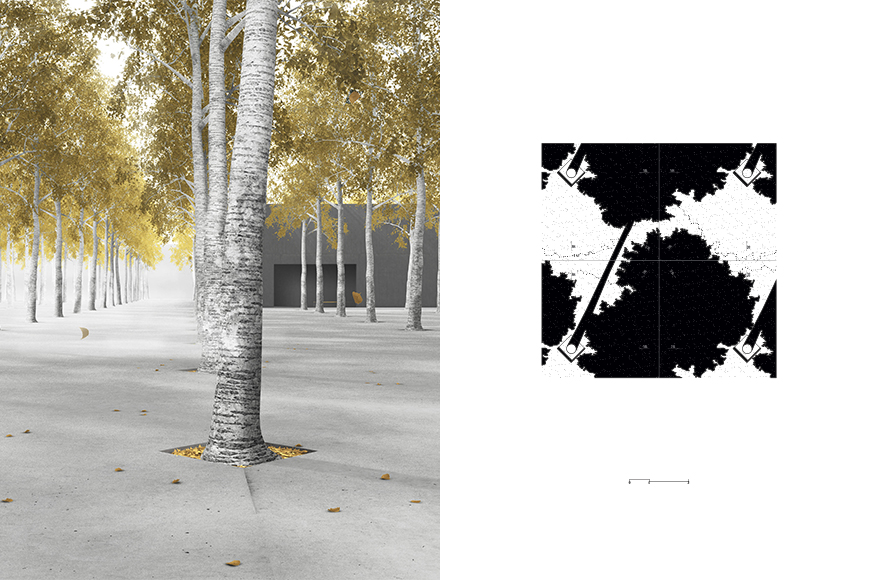 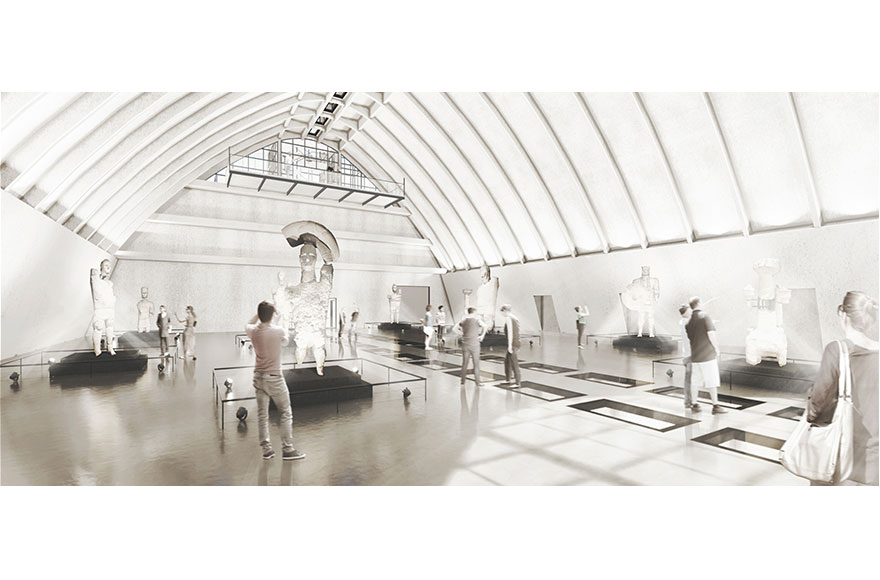 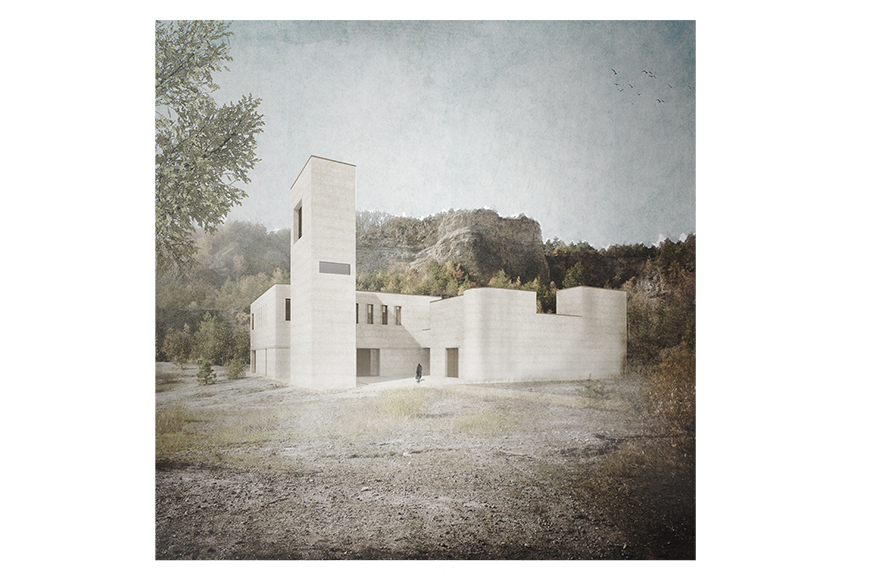 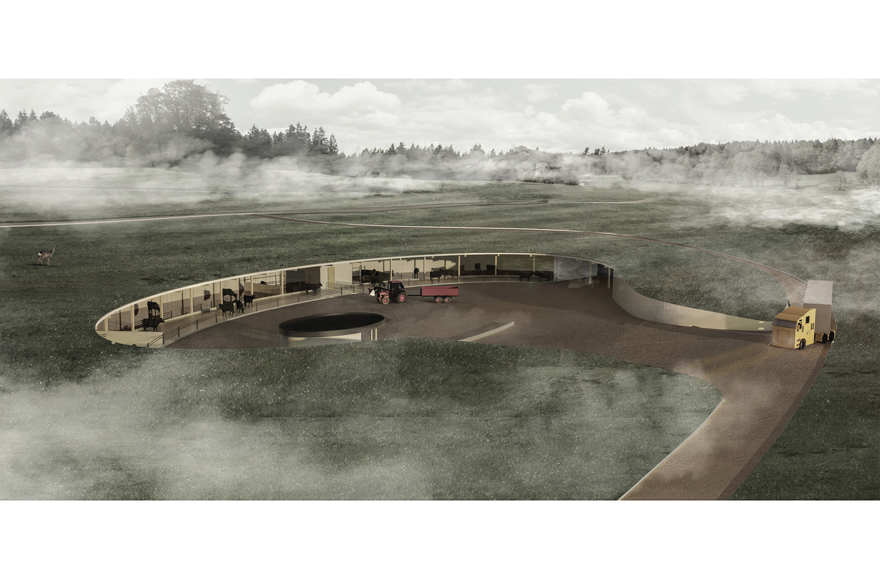 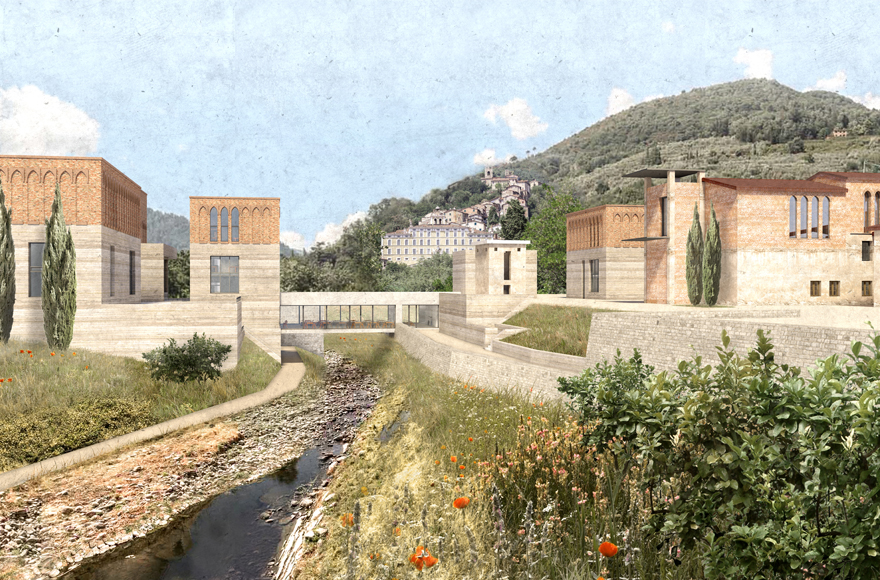 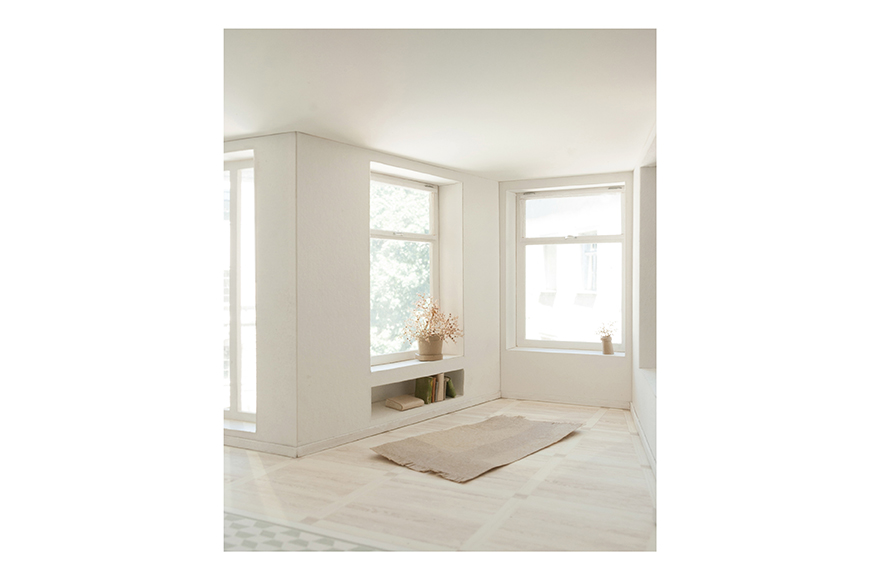 a collective household in Munich 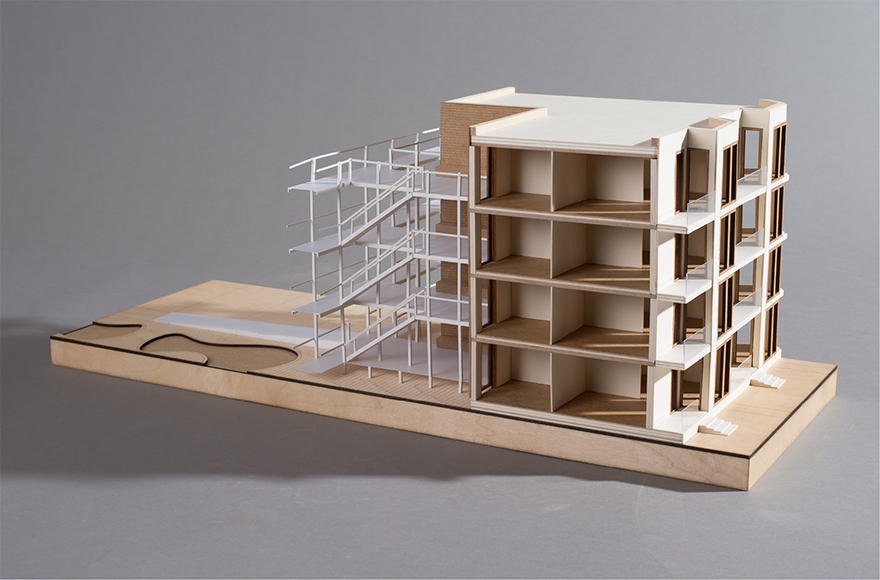 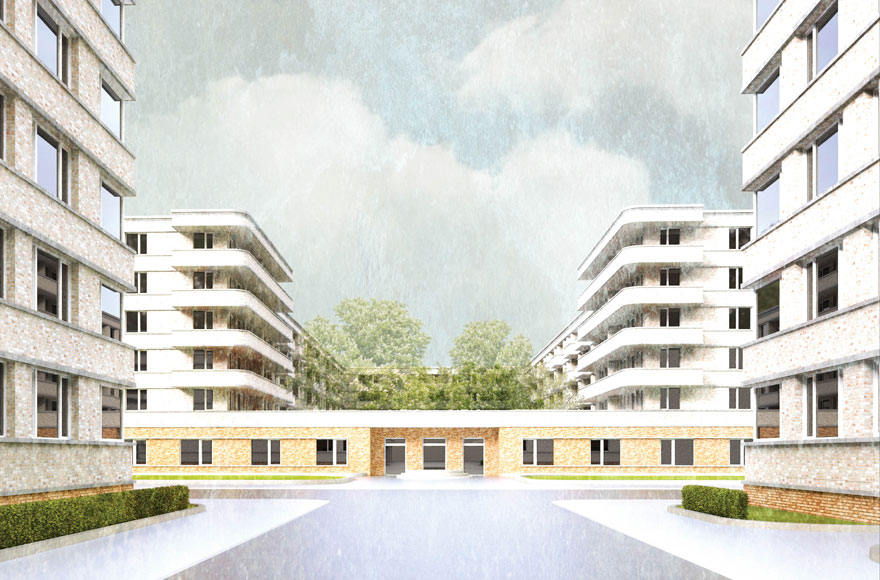 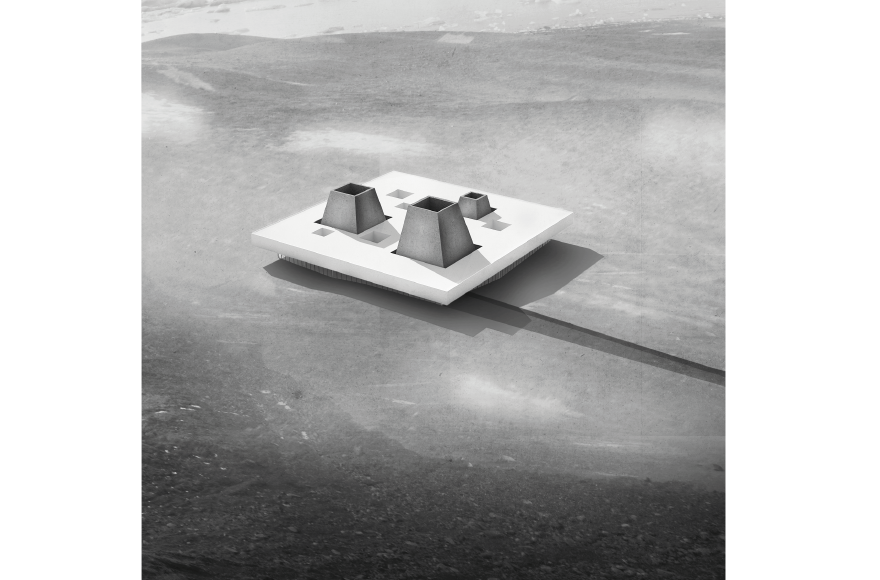 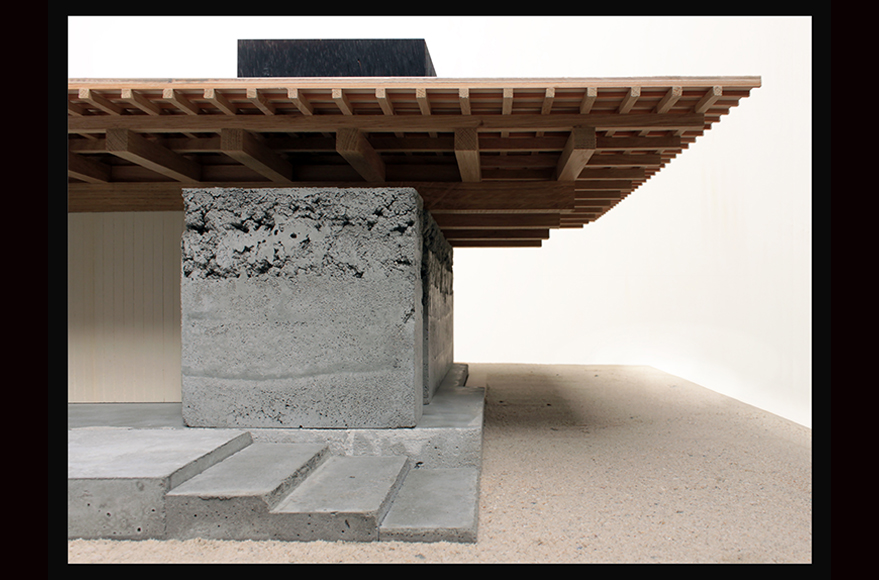 manifest of the tectonic 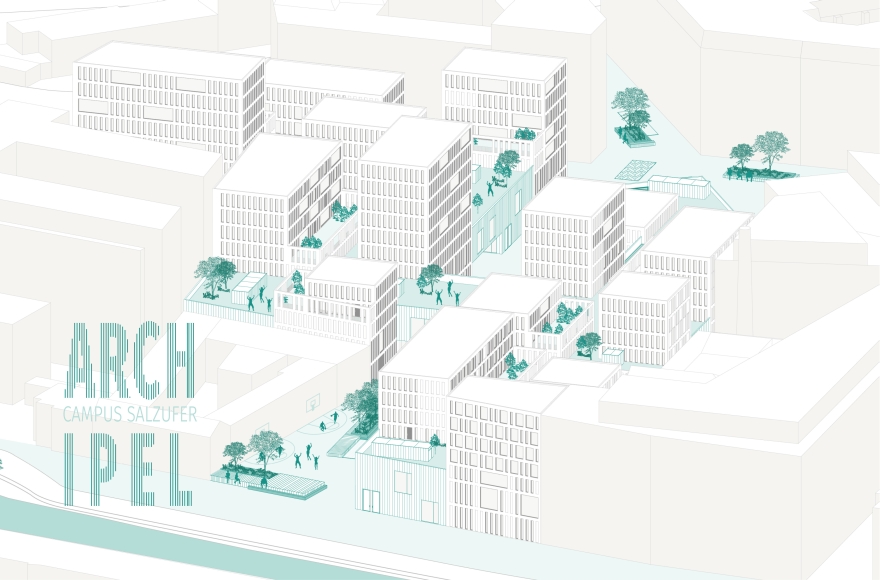 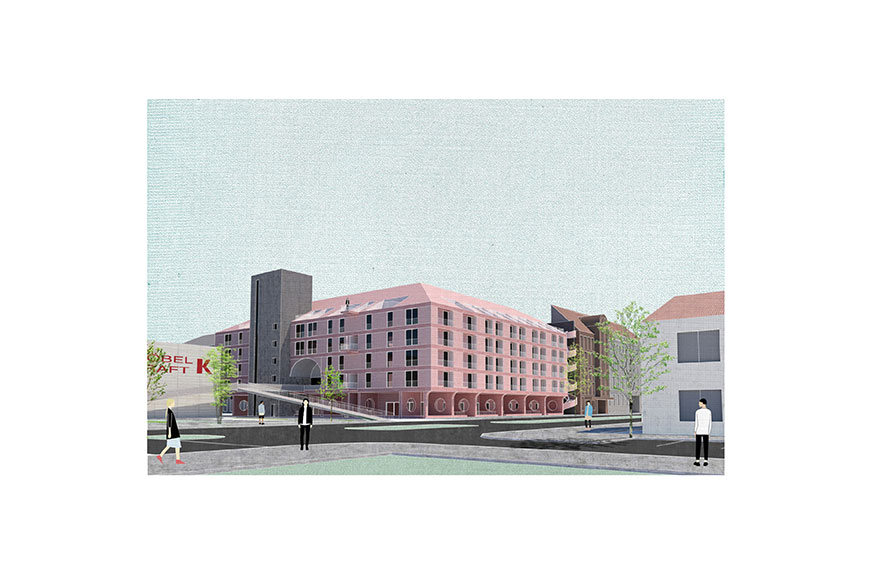 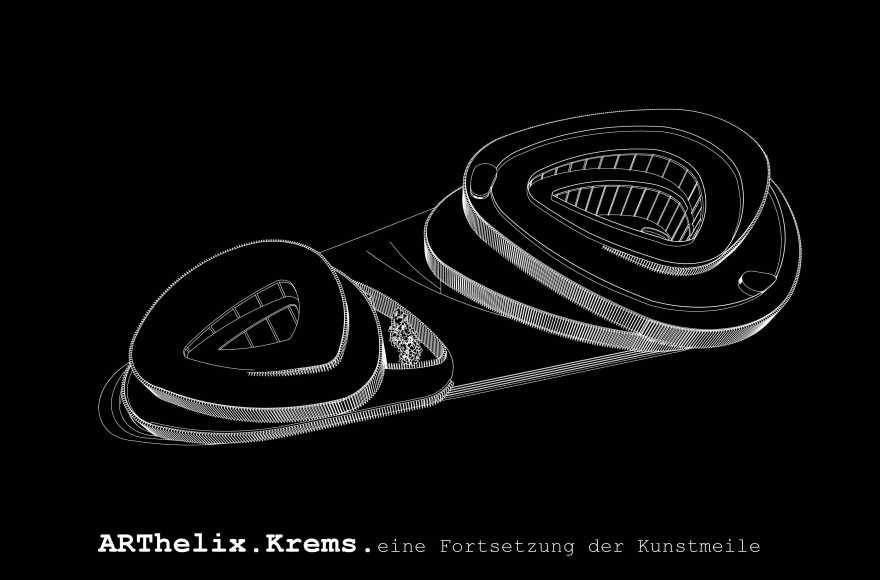 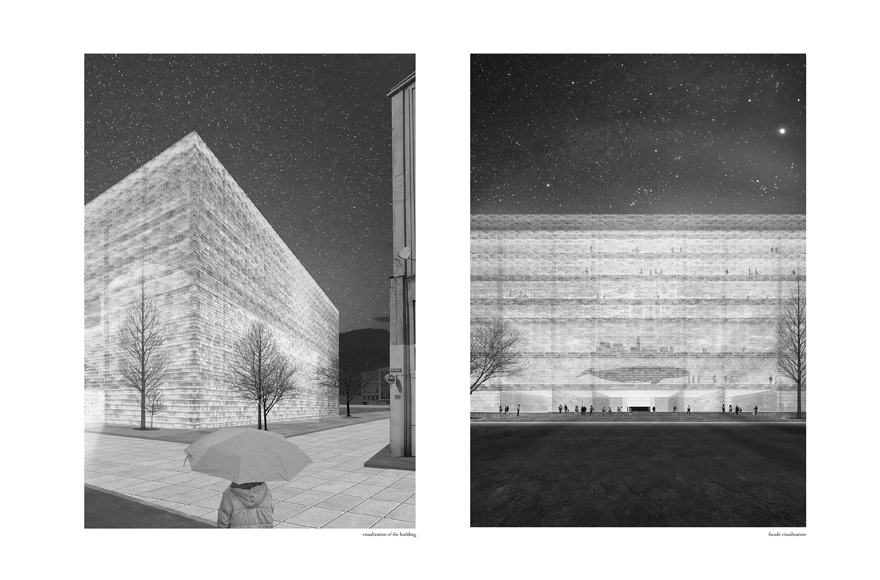 Centre of development for blind 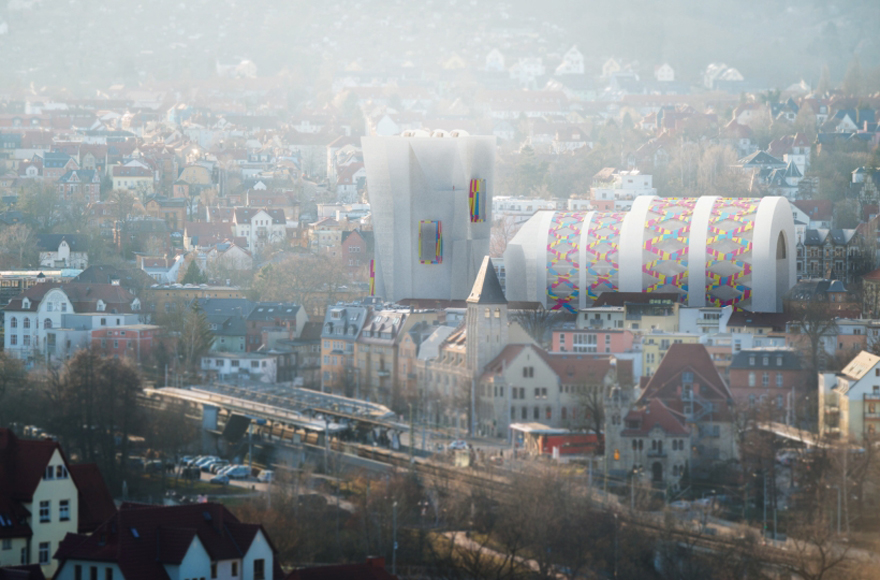