Arts and Crafts Center in Wuppertal

Wuppertal is a city in the north-western region of Germany, which was very well known for its arts and crafts educational institutions and developed textile industry. Since early 70’s economical, cultural and demographical situation of the city has been changing. Many inhabitants migrated to surrounding towns where economy was much better. On the contrary, newcomers inhabit the city and brought with them rich tradition in a very high-profiled handcraft skills.
Program is based on hybridisation of two social realms: presenting certain qualities of this tradition in handcraft skills of newcomers and very strong basis in German education system of arts and crafts.

My personal interests for Master thesis lie in terms of predictable versus unpredictable, expected versus surprising. It attempts at searching a possibility that one body contains another one, but at the same time it has its own characteristic of a system that it is formed of. Based on interrelation of the facade as a main architectural element and its techniques of conception, project has tendency to investigate and improve design of domain of ‘’deep facade’’, whereby this ‘’deep’’ should not be misunderstood as a literally and merely geometrical issue, but as a way richer process of abstraction, relation, interpretation, translation, representation and an interest for architectural effects and affects. An attempt was made to conceive strategies for ‘deepness’ that are hidden inside the flatness of the facade by itself. This investigates the conception, design and role of facades as spatial interfaces that negotiate various interior demands with exterior influences.

Close reading of chosen preceding building of Borromini’s Sant’Ivo alla Sapienza and producing speculative drawing of mentioned structure, let me to understand and create a condition of double-faced interface. Effects, consequences and established conditions in a point where this ‘’double-face’’ entity interact, meet and generate space in-between, causing constant changing and modification of existing realm.

Methodology which was used as a conceptual tool for architectural design comes from already developed drawing techniques. Very rigid, flat and rough facade of existing building transformed into flamboyant rear facade that is highly generated from inner space. Spatial qualities and conditions of homogeneous and uni-directional space, behind initial detached facade, and multidirectional and heterogeneous conditions of formed space, cause hybridisation of in-between realm with both characteristic of initial and generated behaviour. This hybridised space of both-and relationship causes ambiguity in a sense that something belongs to both area of diversity. It is not either-or relationship, yet belongs to both realms. This sequences of both-and phenomenon describes an entity of complexity and contradiction and creates effects of duality, unpredictability and multiplicity integrated in architectural space and form. 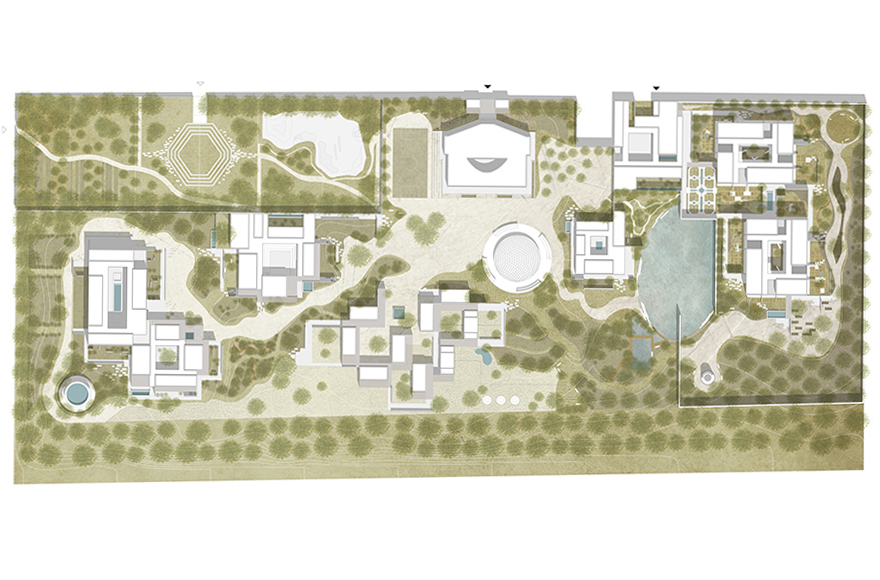 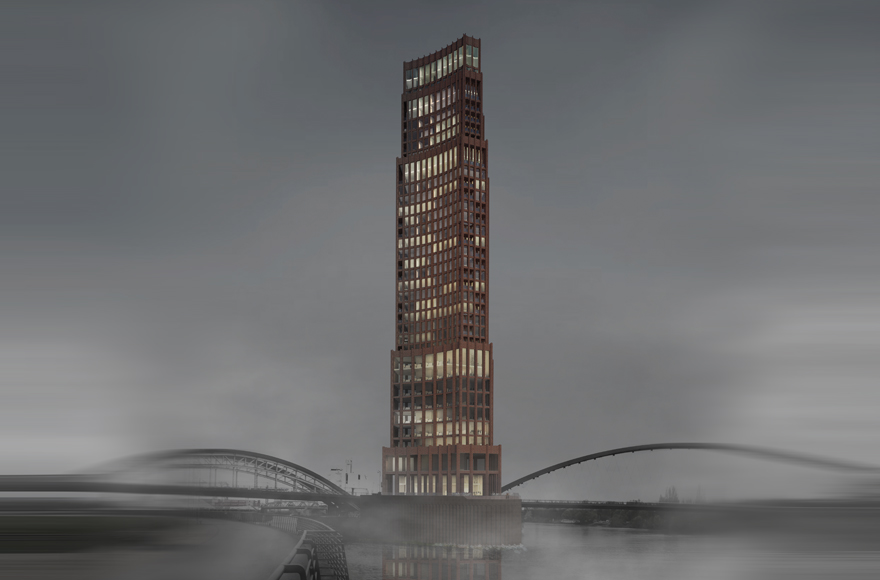 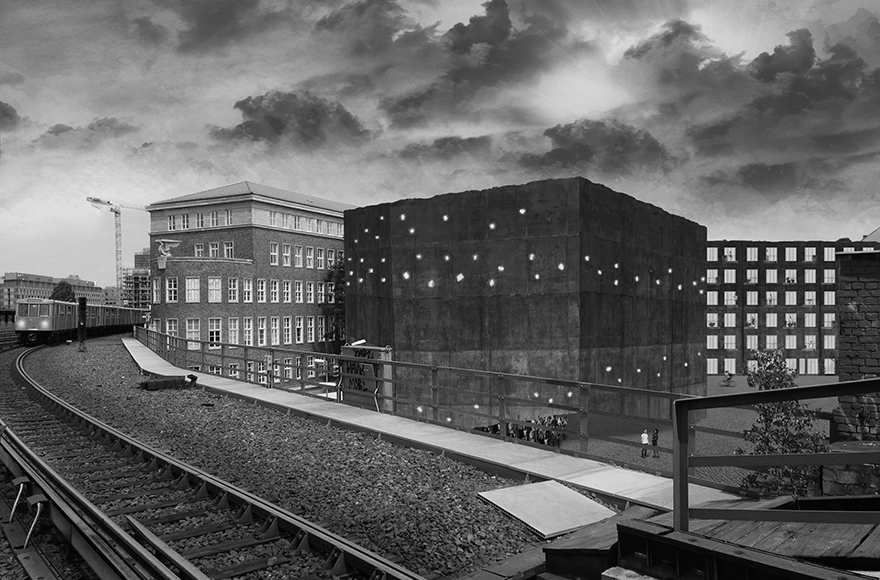 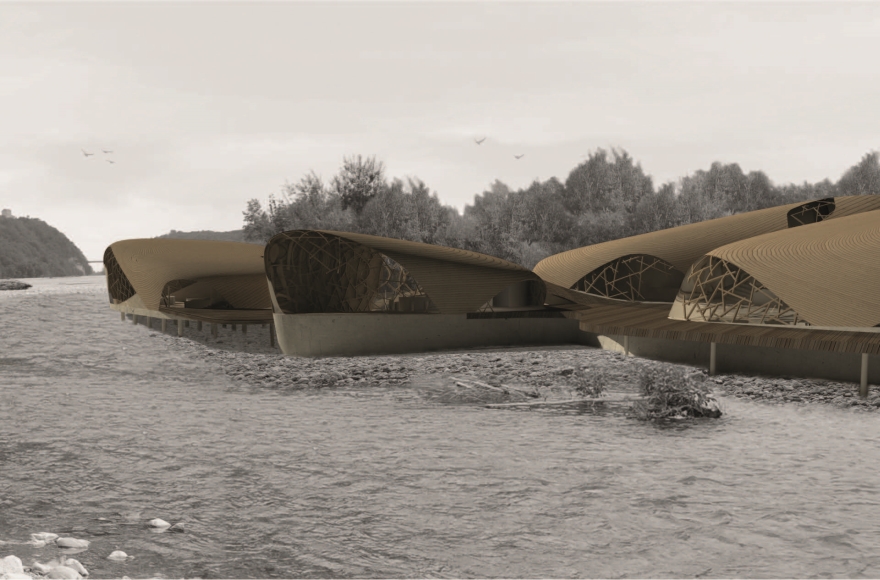 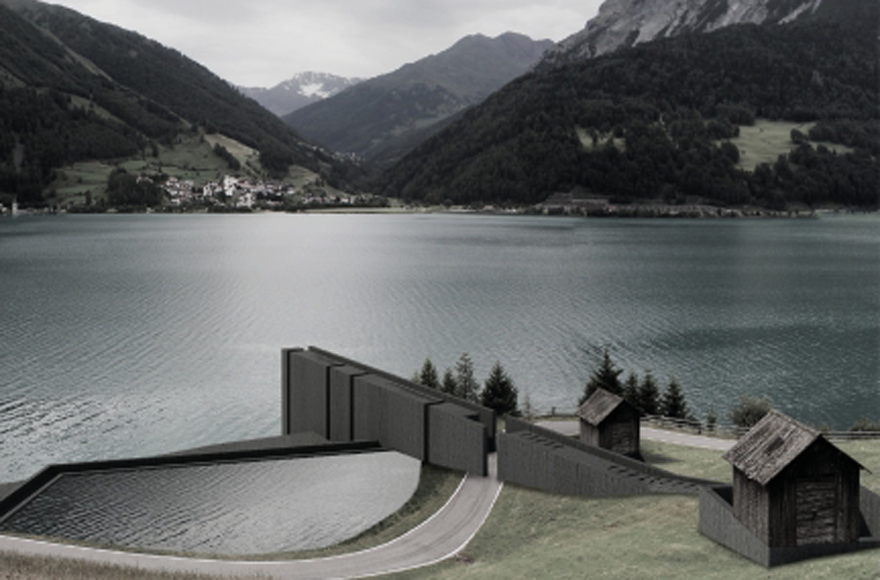 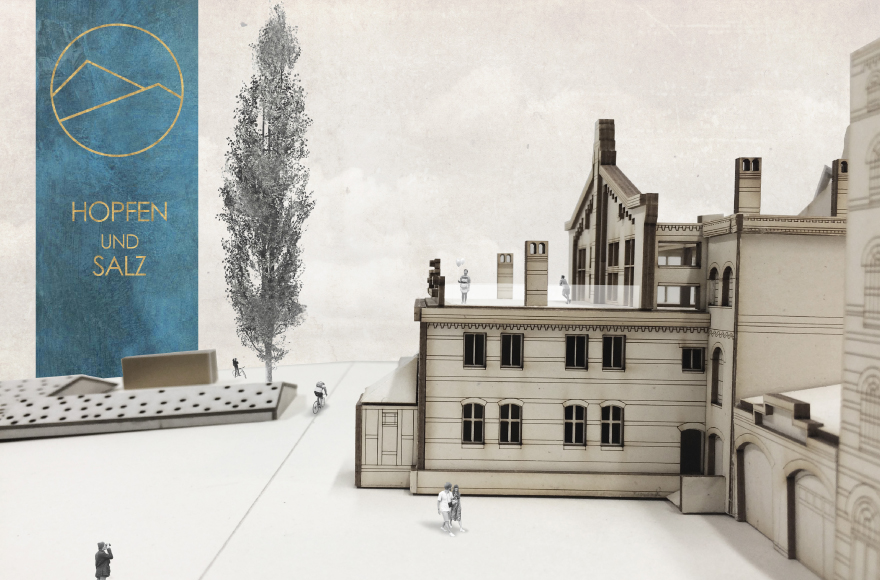 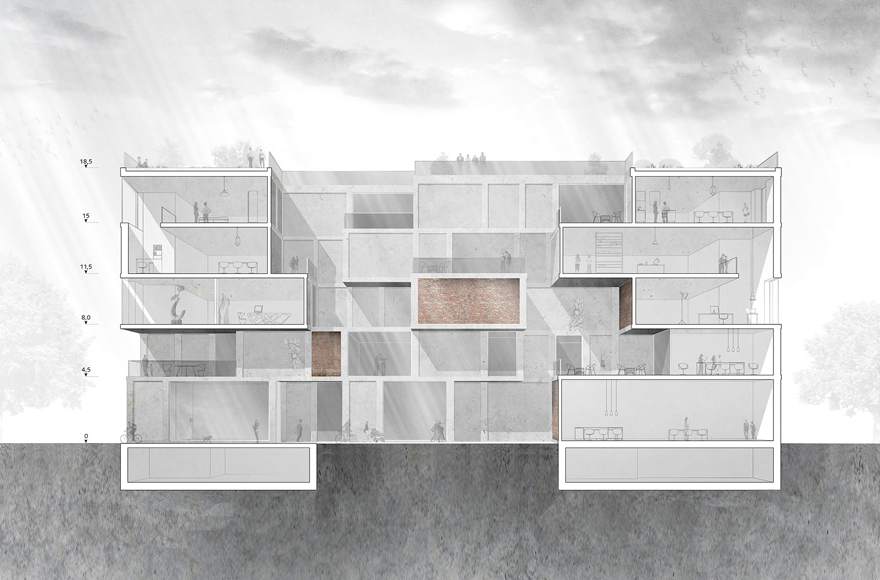 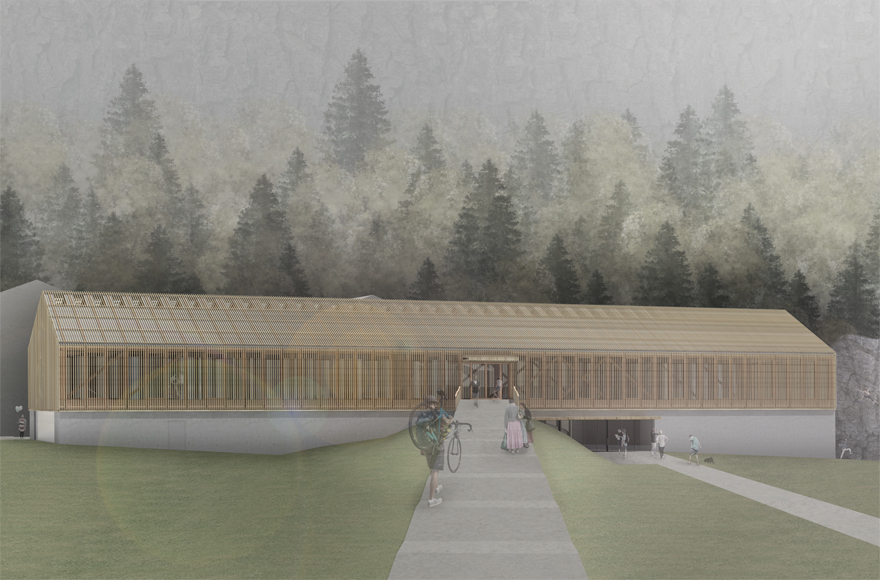 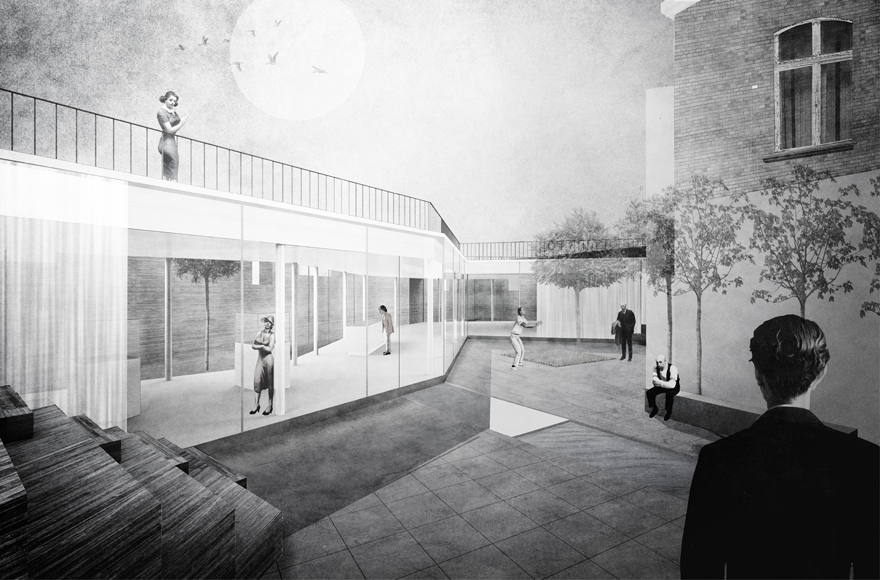 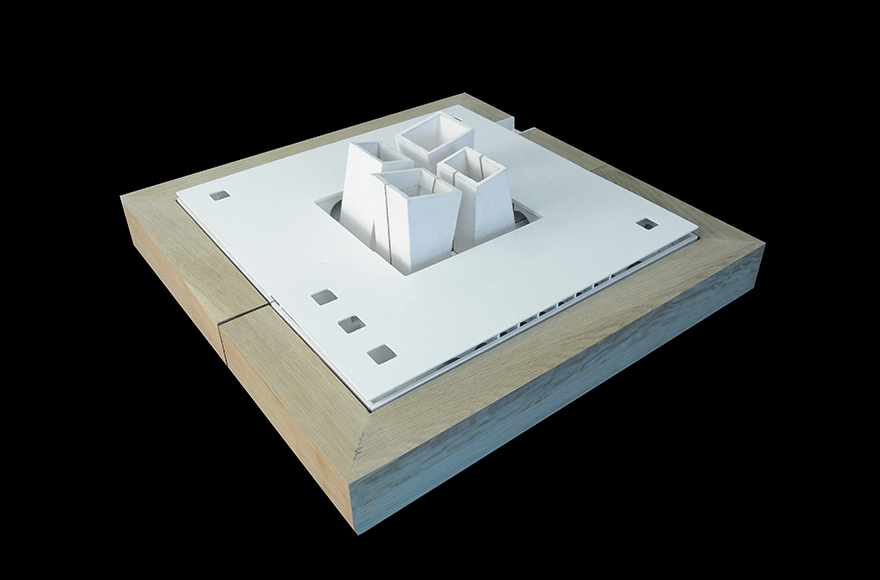 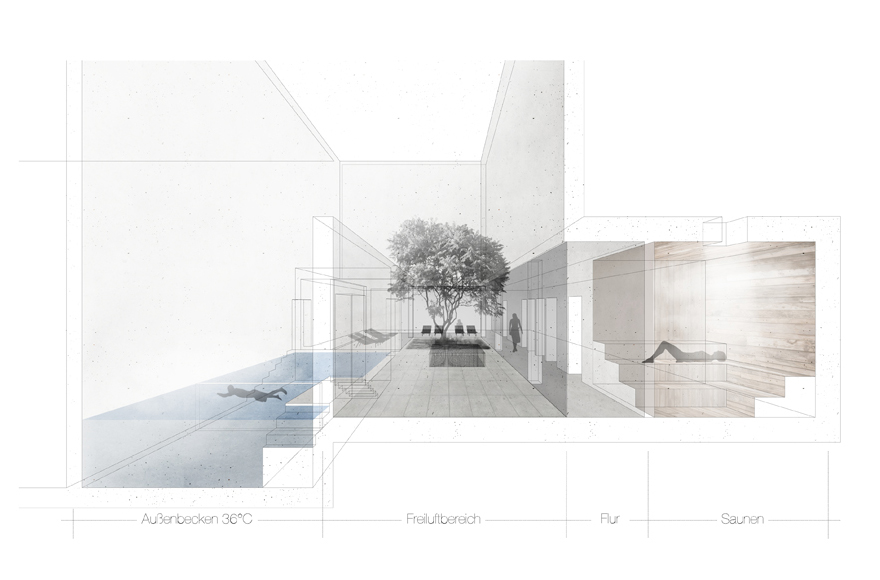 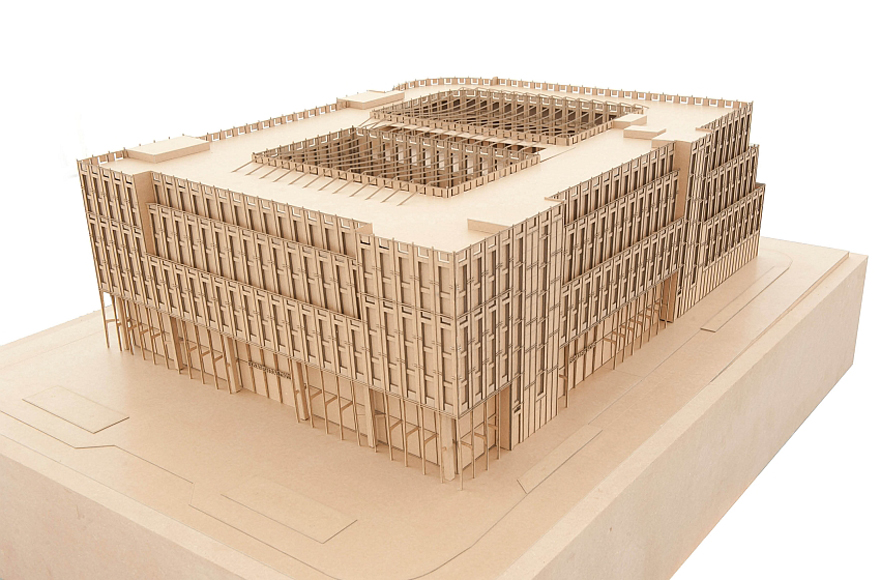 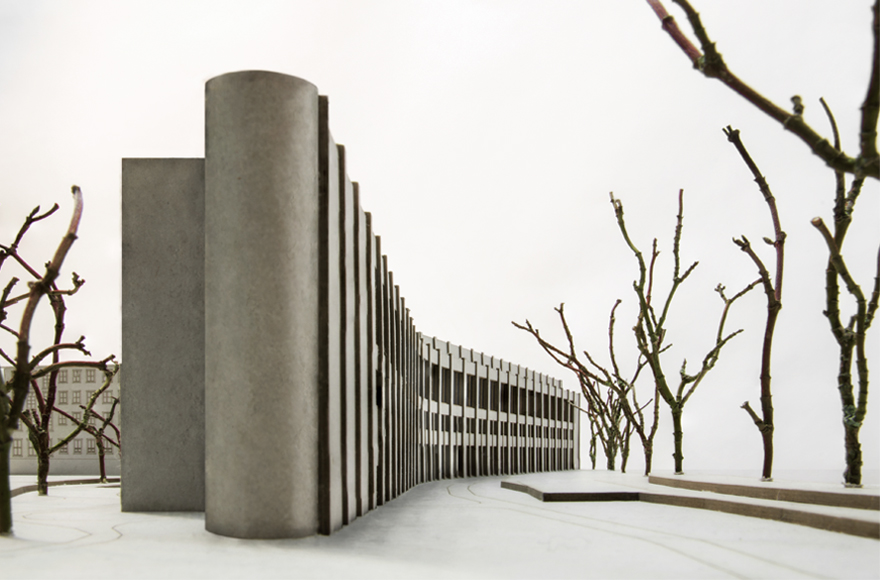 A new form of accommodation in Darmstadt 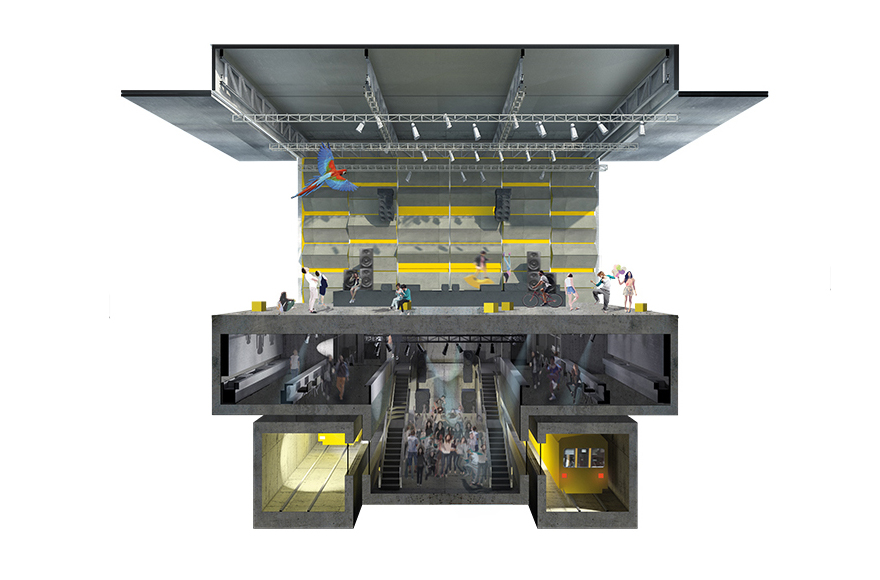 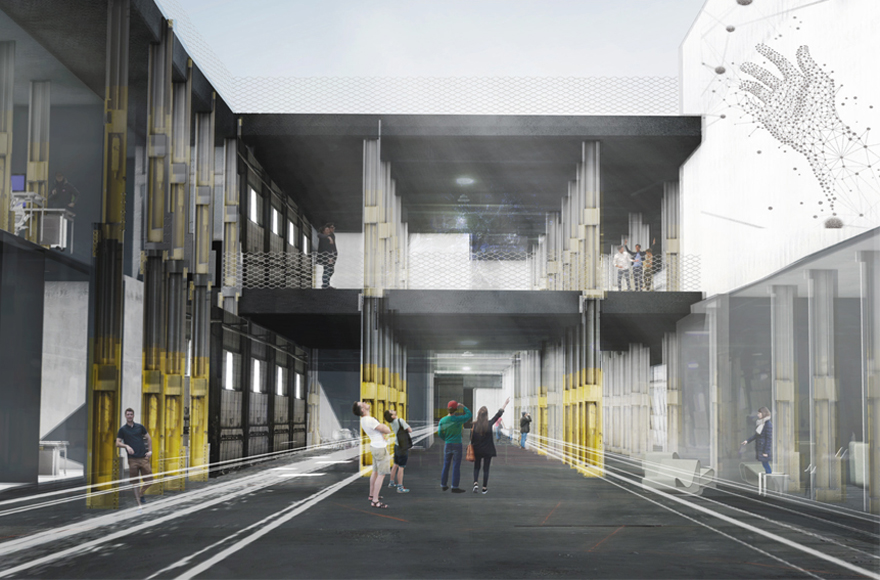 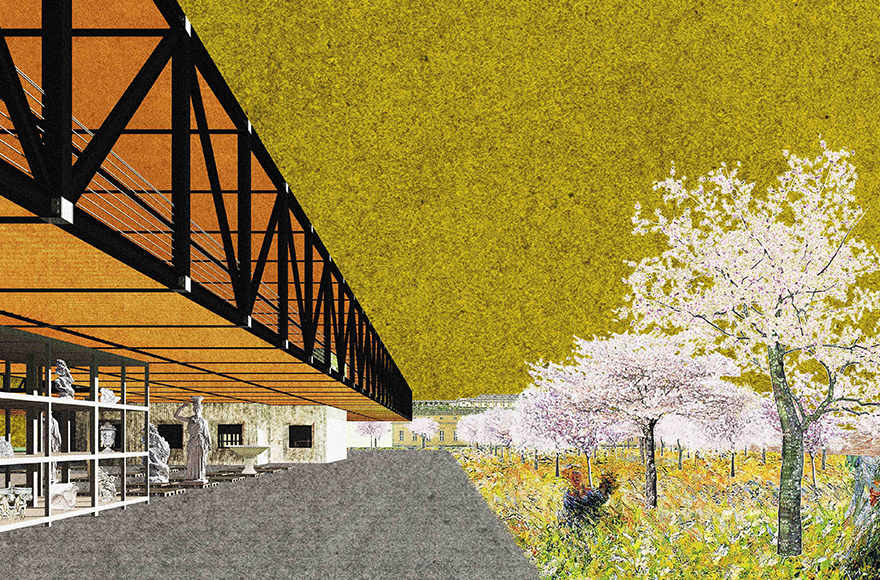 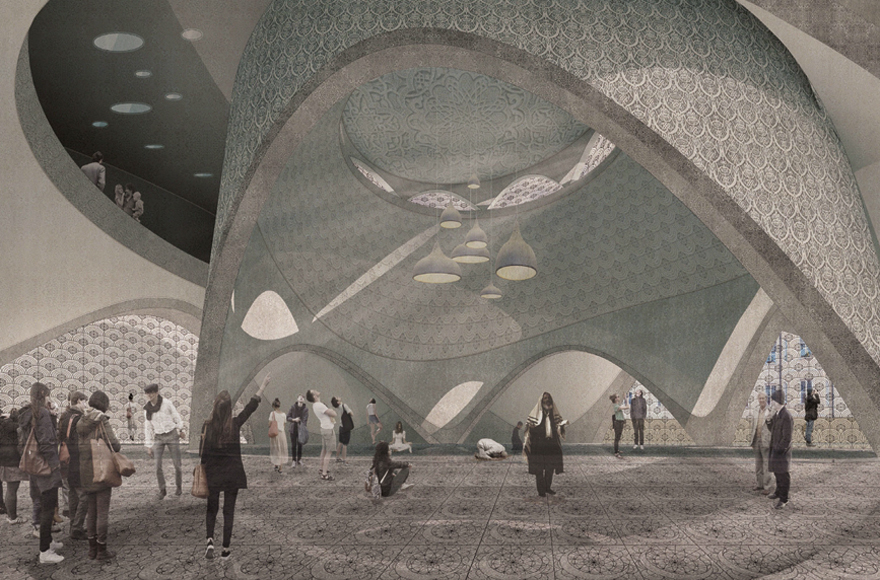 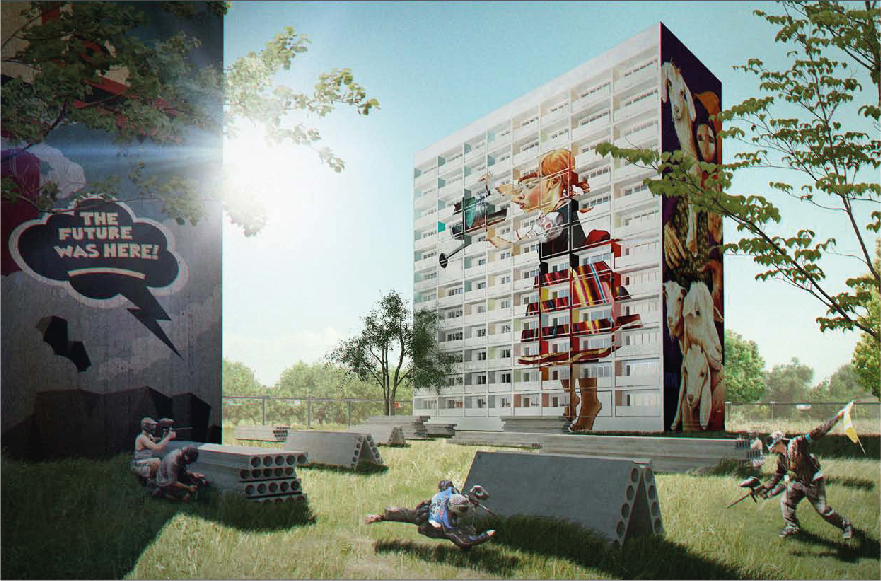 Circular economy in the City of the Loops 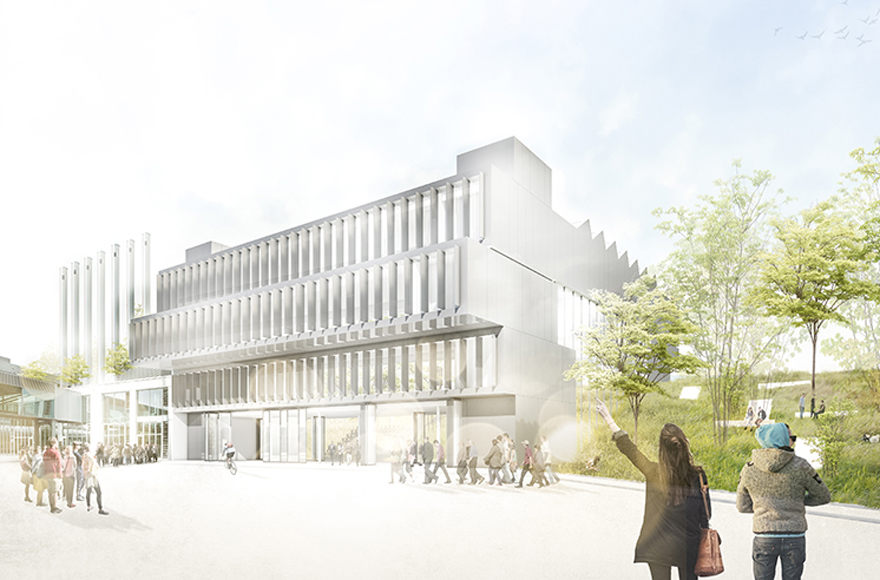