In New York, the frenetic pace of the streets contrasts with the neighborhood life. The inhabitants of the city know the schedules and movements of the street markets and community gardens engage a slow shared lifestyle. The project develops a superior school of culinary arts with its own restaurant, while redefining the urban role of the block where it is located.

The created new public space links the site to two networks of itinerant activity: the community gardens and the street markets. Thus, not only incorporates a new activty node to the city, but also consolidates the spot within the neighborhood. The block has been half empty for a long time while the surrounding area is currently suffering a gentrification process. The main condition of the site is the huge, brutal blind façade of the Brooklyn Detention House right across Atlantic Avenue. In contrast, the other side of the plot is facing towards the interior void of the block, in the south.

This duality defines the strategy of the project: a blind façade to the street concentrating all the services in the north, versus a filtering façade to the garden facing south. Programm wise, ground floor and rooftop allocate two shaded, permeable spaces of public access with the school working independently in between.

The courtyard of the block is revalorized, made accessible and transformed into a new public space with a community garden and facilities to allocate itinerary markets and other ephemeral events.

The school is developed in three floors, stratificating the program: the first belongs to Preparation, for theory and demonstration classes; the second is the Thought floor, with the library and lecture room; and the third is the one of Creation, a huge kitchen where the students practice and develop the culinary arts.

The restaurant takes the last floor, where the public character from the courtyard is recovered, as well as the permeability north-south with the transparency towards the avenue and the big terrace  in the south that recreates the garden from the ground floor. A light, continuous roof wraps  restaurant and kitchen, gives shadow to the terrace and overflows in the north façade gathering the adjacent cornices.

Both façades materialize the generative duality of the project: the blind surface in the north reinterprets the local brick textures in the key of dry-buiding technologies with microperfirated corten steel. The see-through south façade, curved to give air to the public void,  is designed to optimize its bioclimatic performance by means of a double glass skin including shading and active openings. The energy effinciency is further reached by implementing a geothermie system for the climatization of the building.


The structure design responds to the program organization, alternating compartmented floors and free floors using Vierendeel beams. The steel structure, as well as all other construction systems, follow the criteria of fast-execution, dry methods used in NYC. 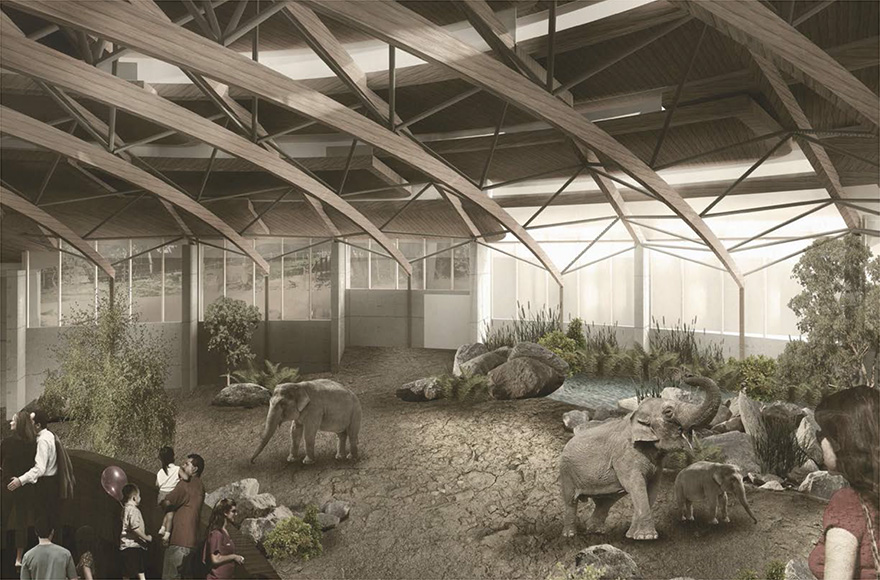 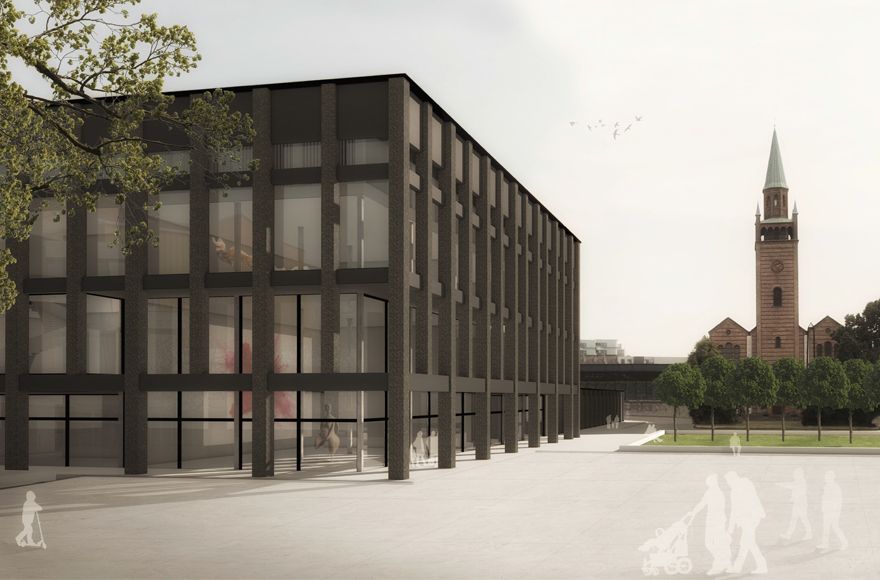 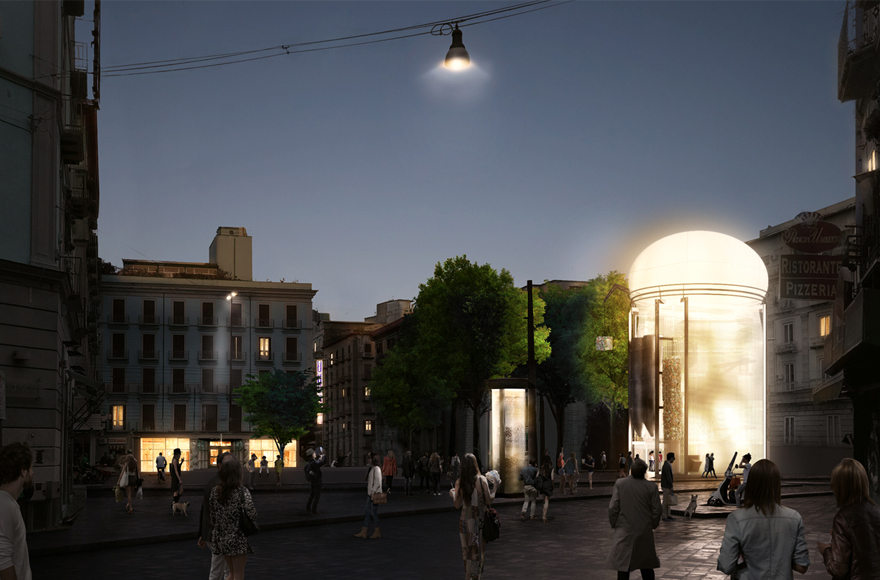 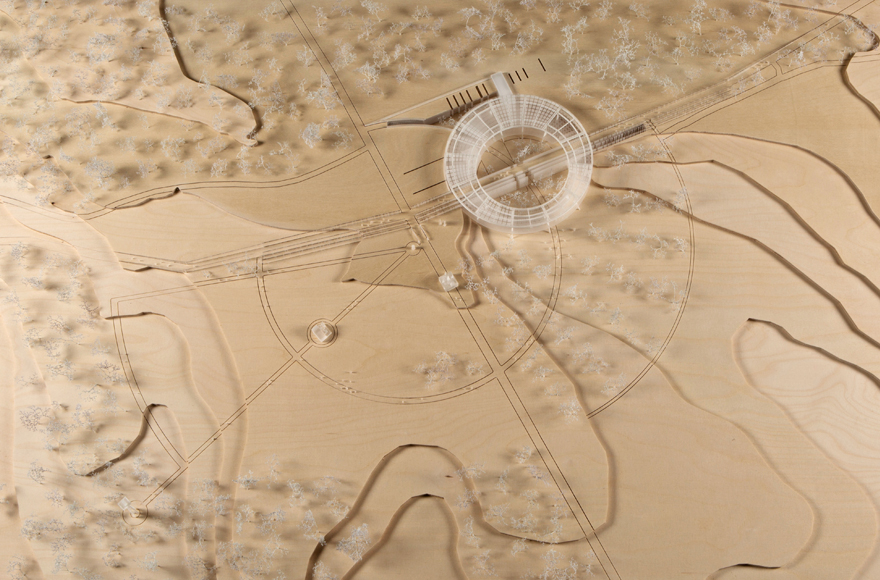 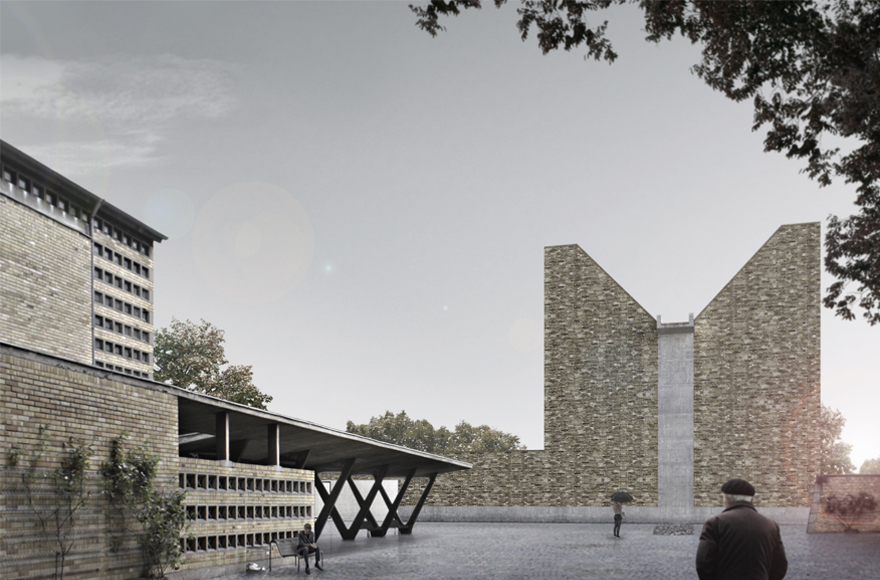 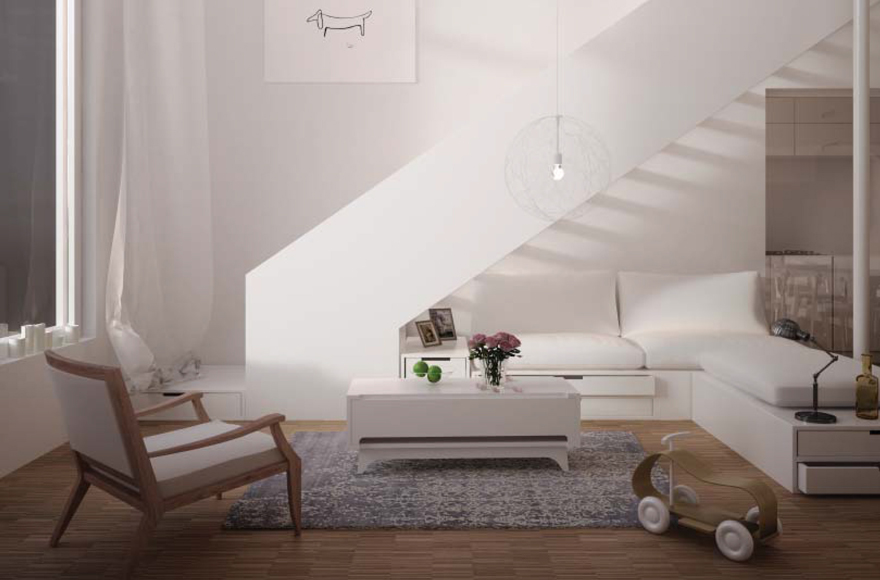 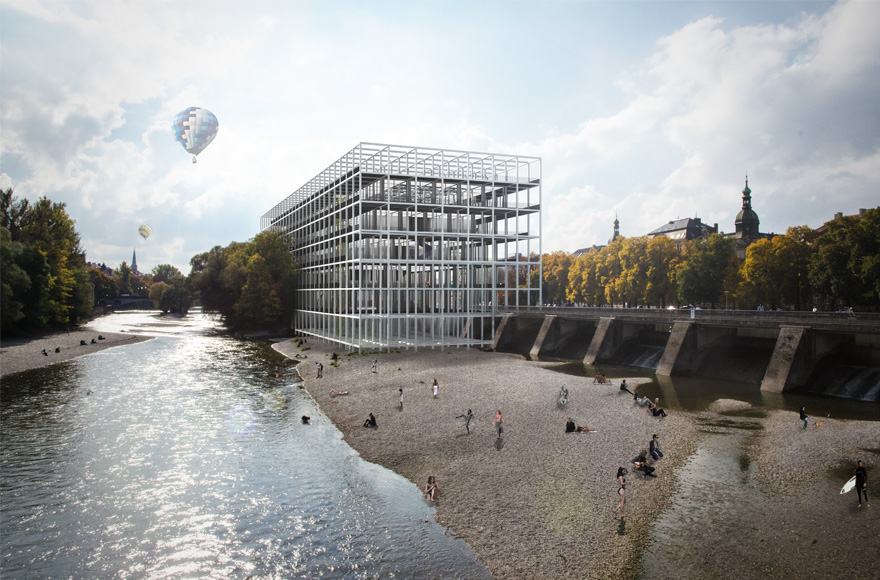 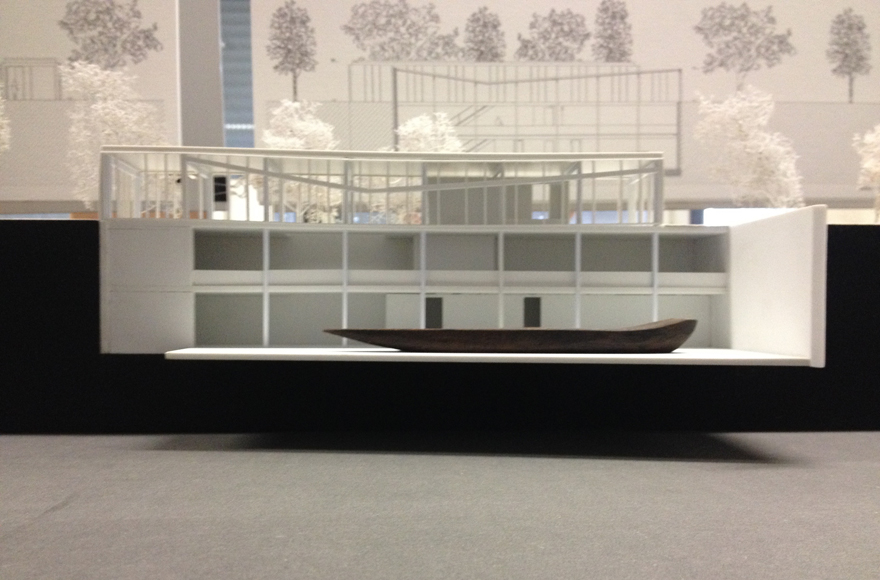 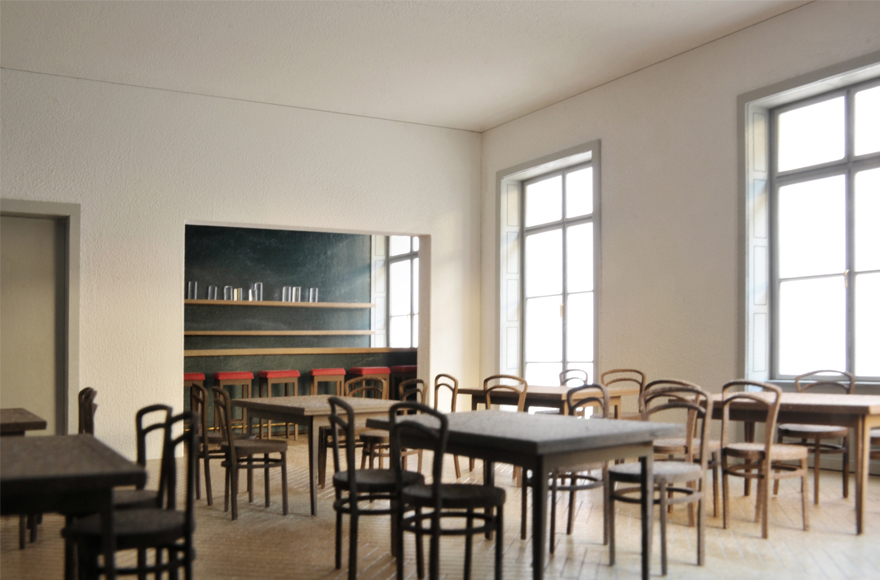 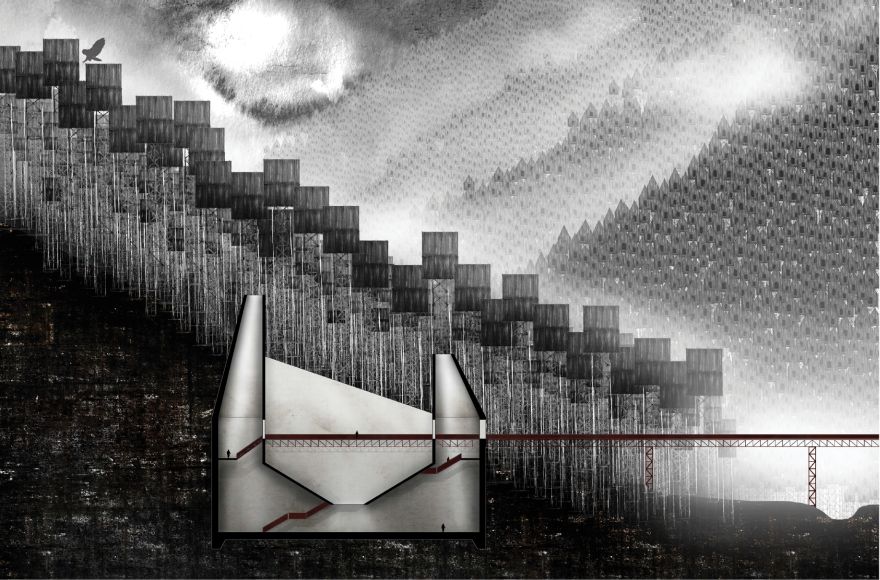 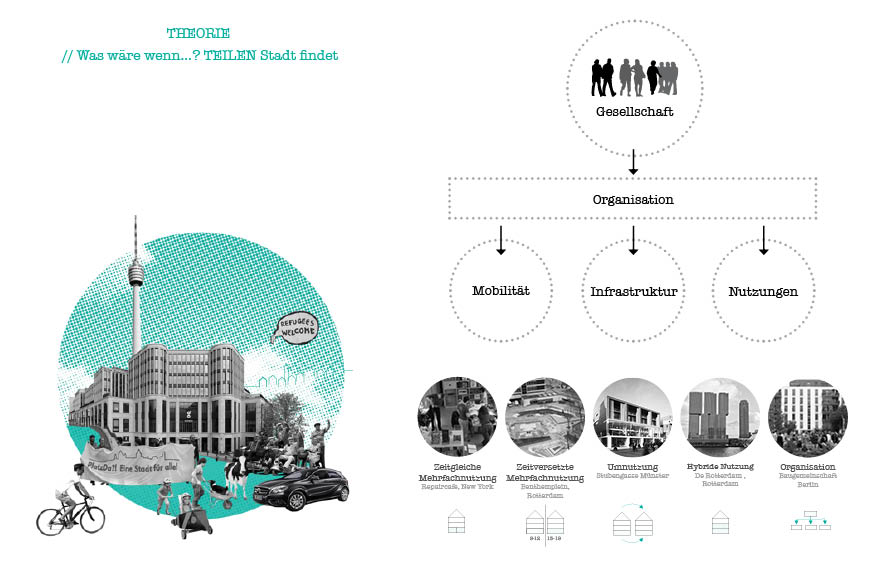 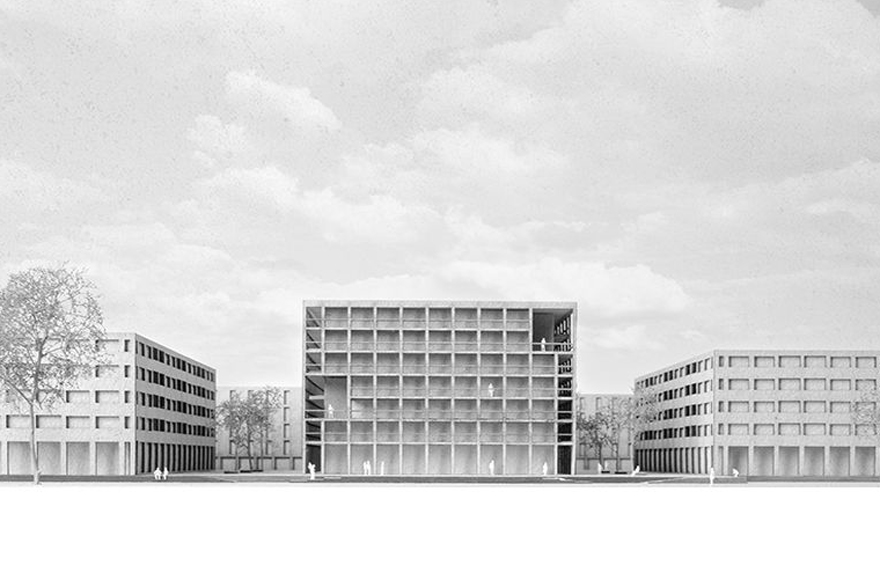 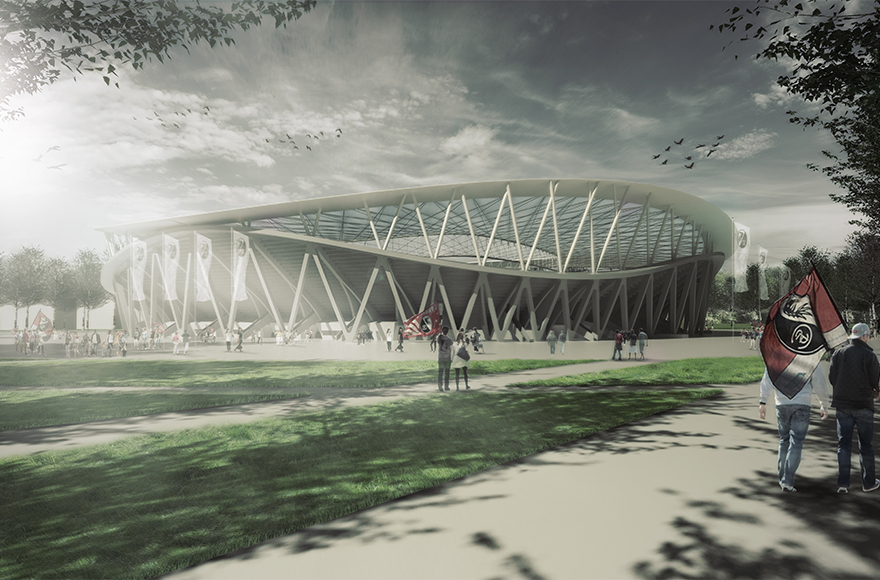 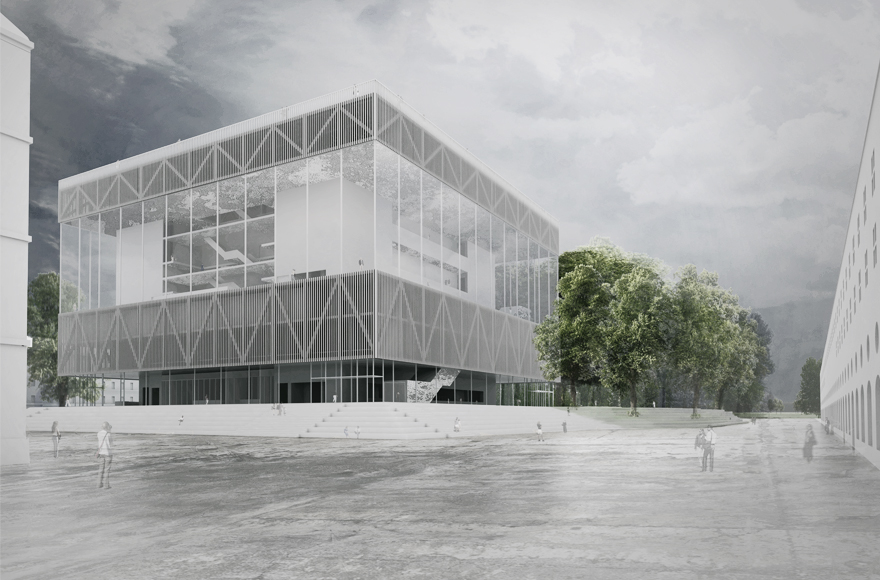 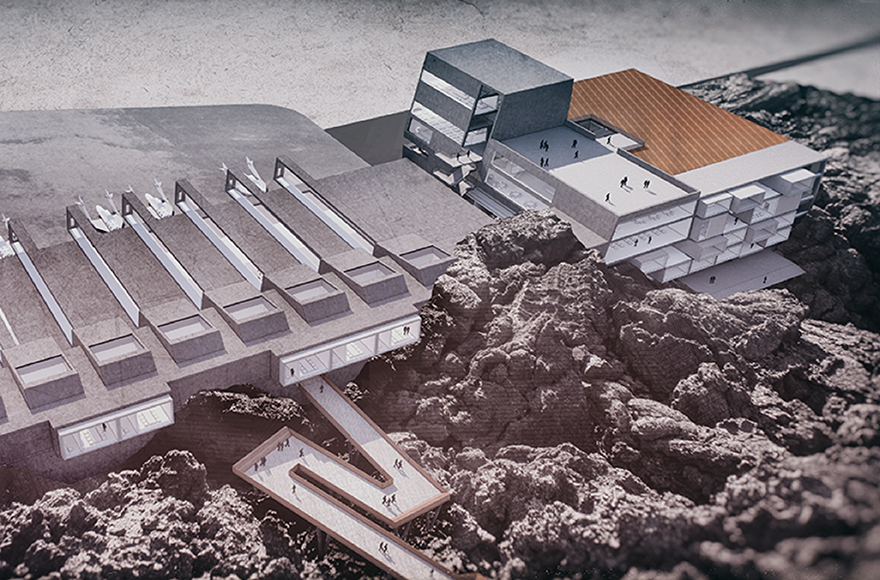 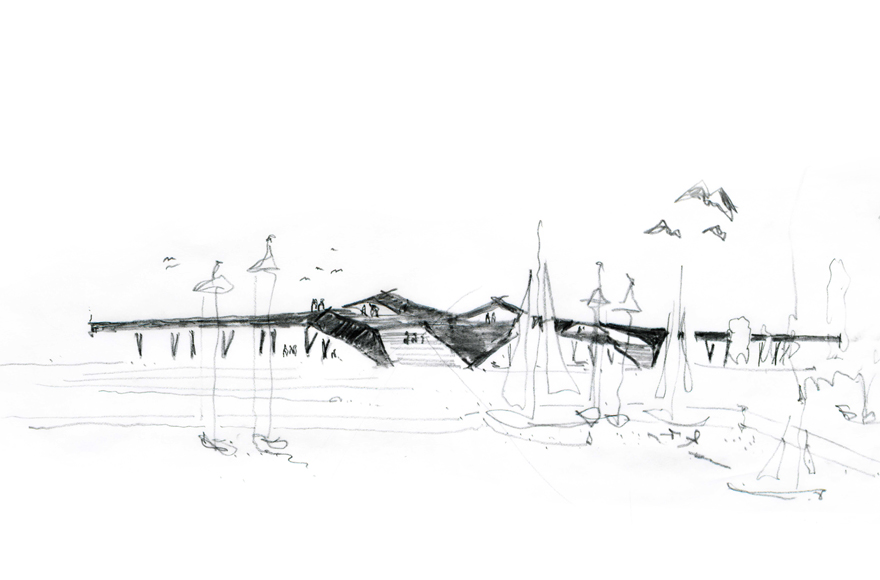 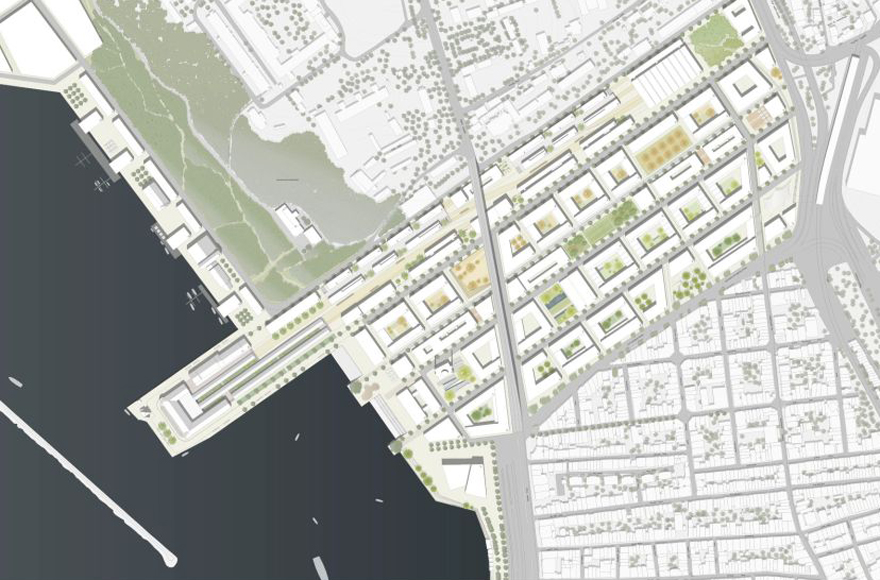 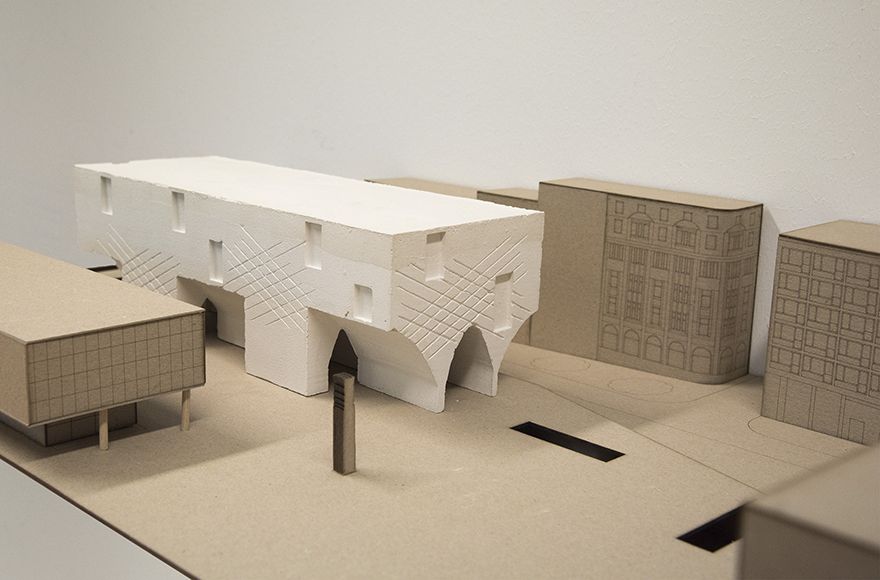 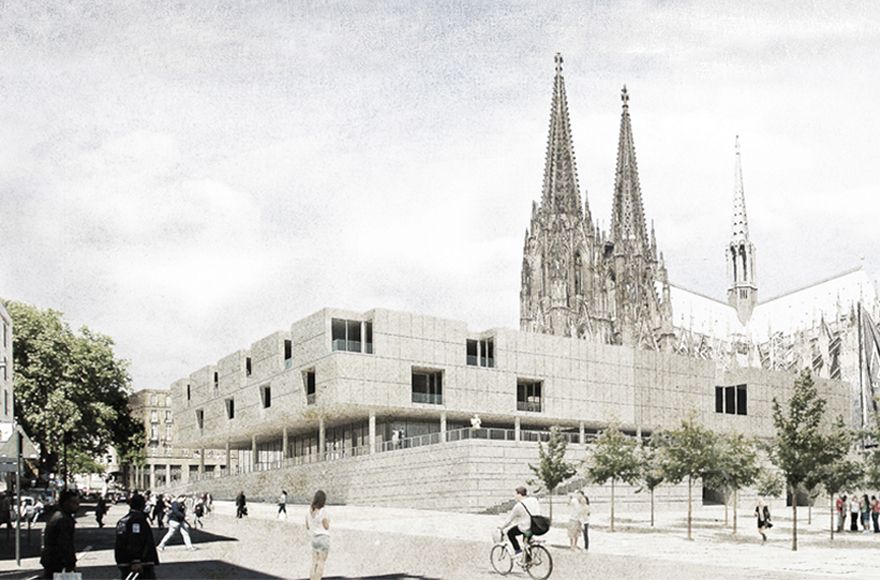